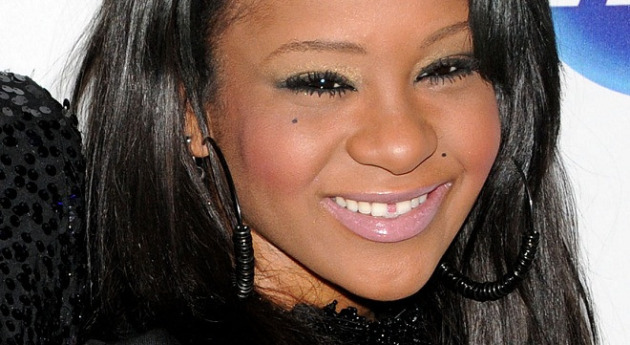 Well, at least we thought she did. Radar Online reported she posted an Instagram image of herself smoking, which was assumed to be weed, out of a water pipe. The pic was accompanied by long narrative explaining why she posted the pic. 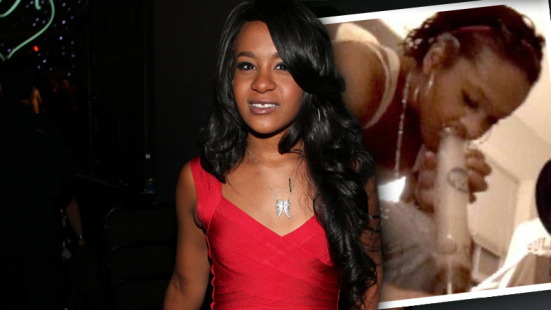 “This picture may be inappropriate but I want to make a connection with you all,” she wrote. “Don’t worry this picture isn’t recent just hear me out. Do you know what I feel? I feel strange I can’t feel any pain anymore. I don’t take any drugs as of recently.”

Bobbi Kristina continued, “People kinda expect more from me. But I can’t. I have lost my sense. It just happened. Then here we go again I’m in the same pain. I’m hurt. I’m trying to. I really do. But I know that I’m hurt and in pain but I can feel it but I don’t know what it is.

“What do I really do? God, Help me ignore and rebuke what these demons are saying, in Jesus Name. Amen.”

Turns out Bobbi Kristina denies the whole thing. She responded with this tweet: 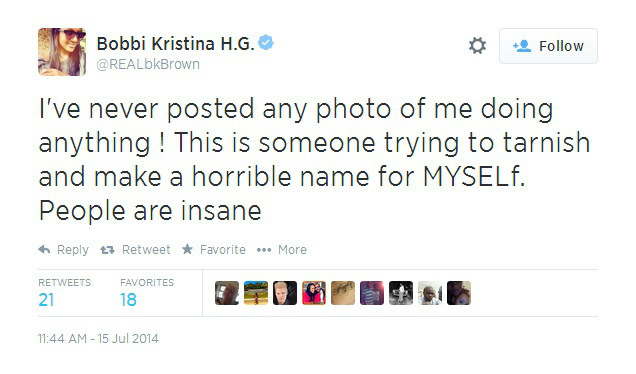 Do we really believe Bobbi Kristina got hacked?