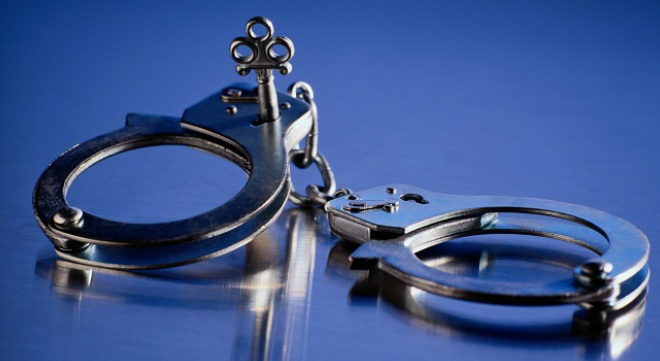 A 24-year-old Saginaw Valley State University student is facing a felony charge after he waited to arrive at a well-lit area before pulling over during a traffic stop in February.

DaJuawn Wallace, a Black Detroit native pursuing his masters degree at the Michigan university, told MLive that he was taught to “find a well-lit area to pull over in,” citing incidents where people were robbed by fake police officers. When Wallace noticed the familiar blue lights flashing behind him on the morning of Feb. 19, he decided to play it safe, pulling into a brightly lit Sam’s Club parking lot about a mile and a half up the road.

Wallace, who was on the way to the store to get medicine for his girlfriend, was promptly arrested by Saginaw Valley State University police officer Leon Wilson and charged with fleeing and eluding police. But video from the police cruiser’s dash cam reveals that the student signaled to police to show them he would pull over.

“I was not speeding up, turning off my lights or trying to get away,” Wallace told MLive.

Officer Wilson, who wrote in a police report that he pulled Wallace over because his “vehicle fit the description of a car he observed driving on a sidewalk on the SVSU campus” MLive writes, maintains that Wallace did not attempt to pull over and stop.

“I observed the driver stick his hands out of the window a couple of times. I did not see the driver throw anything from the vehicle, though it was dark and the road was poorly lit,” Wilson wrote.

Wilson was backed by Saginaw County Chief Prosecutor Christopher Boyd, who said that when prompted to pull over by uniformed police officers in a police-identified vehicle, one must do so.

But Wallace, whose felony charge can carry up to two years in prison, believes that under different circumstances, waiting to pull over in a safe space would be allowed.

“I feel that if I was an older individual, it wouldn’t have been a problem,” Wallace said. “I feel like if I was of a different sex, they would’ve probably thought that I was just trying to find somewhere safe to pull into.”

Wallace’s reasoning for delaying the traffic stop was heard by prosecutors, Boyd told MLive, who decided to offer the student an exchange of the felony charge for a misdemeanor with a delayed sentence. Wallace, however, rejected the offer.

Wallace has until July 9 to accept the plea agreement.