Bill Cosby Fires Another Legal Team, But Is Not Getting A Divorce
POSTED BY WLAS June 16th, 2018 0 COMMENTS 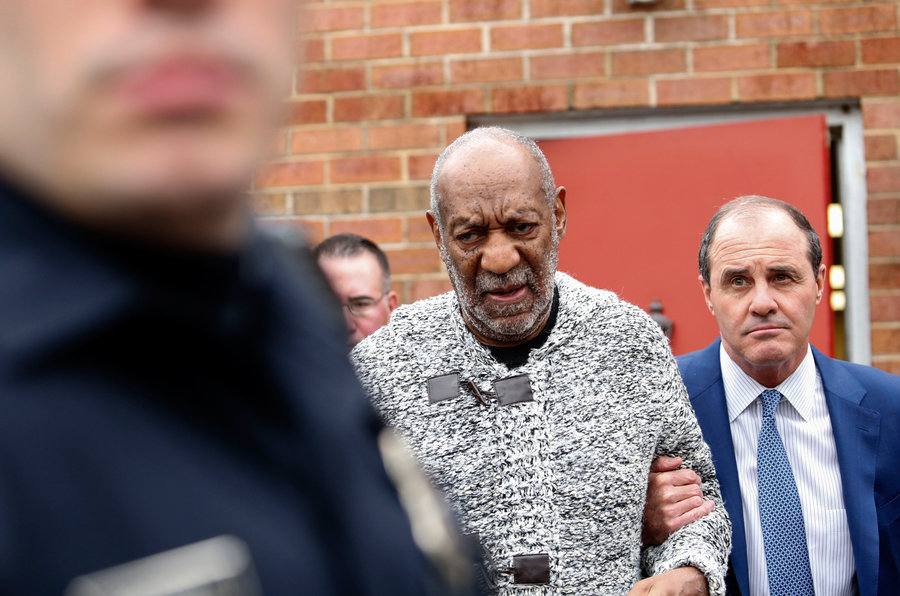 Is the reason why Bill Cosby was found guilty due to a weak legal team? It appears he may think so.

According to the Associated Press, Cosby fired his second legal team “whose aggressive tactics failed to sway jurors from convicting him of sexual assault.” The team included Becky James, Las Vegas lawyer Kathleen Bliss, Philadelphia lawyer Lane Vines and Tom Mesereau, who defended Michael Jackson against child molestation charges in 2005 and managed to get an acquittal for the pop star.

According to Philly.com, Mesereau said yesterday, “I wish Mr. Cosby, his family, and his new legal team all the best. I’m not answering any other questions about it.”

The television icon was found guilty and his sentencing is on September 24. He is facing 30 years in prison. Therefore, he is more than likely hoping the right lawyer could get him minimum or no jail time at all. The AP reports he hired Joseph Green Jr., a Philadelphia-area defense attorney with a background in handling sex crimes cases.

This will be Cosby’s third team. He ousted lawyers Brian McMonagle and Angela Agrusa after his first trial ended with a hung jury in June of 2017.

On April 26, Bill Cosby was convicted on all three counts of aggravated indecent assault for drugging defendant Andrea Constand before he sexually assaulted her at his suburban Philadelphia home in 2004. It is possible the charges will be combined into one charge, which would result in a standard sentence of five to 10 years in prison—unless the judge decides to throw the book at him.

Cosby is currently on house arrest.

As for those divorce rumors? Not true. Despite a report from Radar Online that says the couple was headed for a split, those reports have been denied.

“The accusations they have made in their tabloid are absolutely false,” Andrew Wyatt, Cosby’s PR rep, told PEOPLE. “Mrs. and Mr. Cosby are not getting divorced and she’s with him in the Philadelphia home as we speak.”