Bill Cosby Admitted To Acquiring Drugs To Use For Sex In Court Testimony Years Ago
POSTED BY WLAS July 13th, 2015 0 COMMENTS 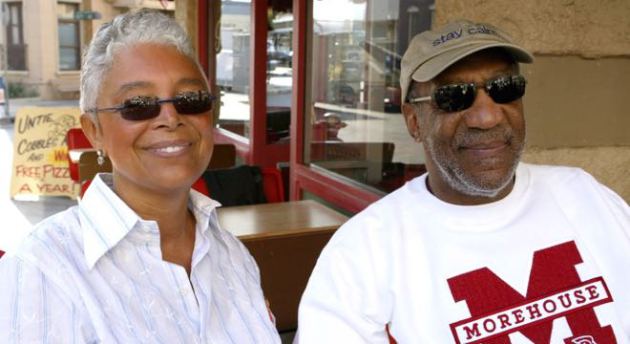 Camille Cosby, 71, allegedly believes that the women who accused her husband Bill Cosby, 78, of rape consented to being drugged and had consensual sex with him, the New York Post reports. As previously reported by NewsOne, in a 2005 deposition that was recently unsealed, Cosby admitted to obtaining Quaaludes so that he could drug women and have sex with them.

A source close to the family reportedly said that Camille Cosby is more concerned with her husband’s legacy being dismantled, a legacy that she helped to build as his business manager, than the possibility that he drugged and raped dozens of women.

Mrs. Cosby is “a proud, dignified but stubborn woman. You can say that she’s standing by her husband, but really, the more people stand against him, the more she perceives it as an affront to her and all that she’s done to make him a star,” said another source who’s done business with the ­Cosbys and remains close to them.

Camille Cosby, 71, who is also her 78-year-old husband’s business manager, demanded last week at a crisis meeting with advisers that their lawyers and p.r. specialists “get back out in front of this,” the business source said.

“I created him, I knew what I was getting and we’ll fix this,” she told the gathering at a meeting at the couple’s Shelburne Falls, Mass., home Tuesday night.

Camille Cosby also shared details about her open marriage, reportedly stating, “You have to allow for space to let your partner do what he wants. I have done that and [Bill] has done that and there’s no jealously, no friction.”

But when what your partner wants is to drug and rape women, there shouldn’t be any space for that.