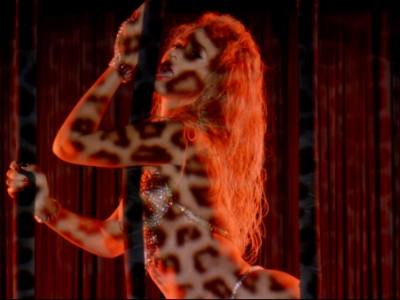 Beyonce confirmed speculation that her thumping sexcapade “Partition” would be the next single from her self-titled album, officially releasing the song’s racy video today (February 25). For those of you who haven’t experienced her visual album yet (who are you people?!), the sexy clip pretty much guarantees cartoon ah-ooga noises and tongues rolling out of mouths onto the floor.

It features Bey wearing negligees, teddies and various other undergarments while writhing around in full Yonce mode in a limo, in the rain and in a burlesque club. Somehow, among all the fierce Bey footage, director Jake Nava managed to work in some shots of hubby Jay Z taking in the scenery.