Ben Affleck Says He Was ‘Embarrassed’ By Slave-Owning Ancestor In ‘Finding Your Roots’ Controversy
POSTED BY WLAS April 22nd, 2015 0 COMMENTS 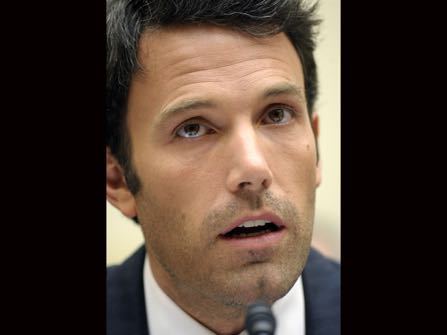 NEW YORK (AP) — PBS is conducting an internal review following revelations that producers of “Finding Your Roots” may have violated the network’s editorial standards after a request by Ben Affleck that the program not reveal he had a slave-owning ancestor.

Meanwhile, Affleck has expressed regret for seeking to have the information omitted from the episode that featured the actor and aired last October.

“We deserve neither credit nor blame for our ancestors and the degree of interest in this story suggests that we are, as a nation, still grappling with the terrible legacy of slavery,” Affleck posted on his Facebook page Tuesday night.

The review by PBS and New York station WNET began Saturday, according to a statement released Tuesday by PBS spokeswoman Anne Bentley.

“We have been moving forward deliberately yet swiftly to conduct this review,” she said.

In his Facebook post, Affleck acknowledges that, initially, “I didn’t want any television show about my family to include a guy who owned slaves. I was embarrassed.”

He says he lobbied Henry Louis Gates, the Harvard scholar who hosts and produces the show, “the same way I lobby directors about what takes of mine I think they should use.”

“It’s important to remember that this isn’t a news program,” Affleck said of “Finding Your Roots,” which traces the ancestry of well-known guests. “You voluntarily provide a great deal of information about your family, making you quite vulnerable. The assumption is that they will never be dishonest but they will respect your willingness to participate and not look to include things you think would embarrass your family.”

Gates and PBS said then they didn’t censor the slave-owner details. Instead, more interesting ancestors of the actor emerged and Gates chose to highlight them instead.

But in an email exchange between Gates and Sony Pictures co-chairman and chief executive Michael Lynton — part of a trove of hundreds of thousands of emails and documents from last year’s Sony hack published online by WikiLeaks — Gates asks Lynton for advice on how to handle Affleck’s request.

“Here’s my dilemma,” says Gates in one email, dated July 22, 2014 — “confidentially, for the first time, one of our guests has asked us to edit out something about one of his ancestors — the fact that he owned slaves. Now, four or five of our guests this season descend from slave owners, including (prolific documentary filmmaker) Ken Burns. We’ve never had anyone ever try to censor or edit what we found. He’s a megastar. What do we do?”

Lynton replies that it all depends on who knows that the information was in the documentary already.

“I would take it out if no one knows, but if it gets out that you are editing the material based on this kind of sensitivity then it gets tricky. Again, all things being equal I would definitely take it out,” Lynton wrote that same day.

When the segment aired Oct. 14, Gates focused on an Affleck ancestor who was an occultist, a Revolutionary War relative and Affleck’s mother, who was a “freedom rider” in 1964.

On Saturday, PBS said the network did not know of the exchanges between Gates, Sony and Affleck, and wasn’t part of editorial decisions made by Gates and his fellow producers.