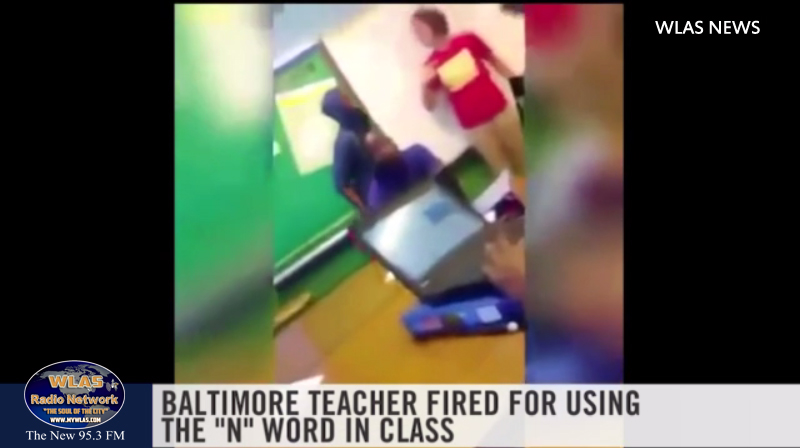 A middle school science teacher in Baltimore was fired this week after a video surfaced showing her berating students with insults and racial slurs.

In the video, which has been viewed more than 2 million times since it was posted by a parent on Facebook Wednesday, the teacher is seen dragging a male student by the hood out of a classroom before proceeding to hurl insults at the rest of the class.

“You’re idiots!” the teacher, who is white, is heard shouting at the room full of mostly black middle schoolers at Harlem Park Elementary/Middle School in West Baltimore. “You have the chance to get an education, but you want to be a punk-a** n***** who’s gonna get shot.”

One student can be heard pleading with the teacher to “stop saying that,” as she continues to call the class “stupid” and threatens to give them “zeros for doing nothing.”

By Thursday, officials with the Baltimore City Public School district confirmed that “a middle school science teacher at Harlem Park Elementary/Middle School engaged in verbally abusive behavior and made racially charged comments directed at students,” and that “the teacher involved in the incident is no longer employed by City Schools.”

The school district’s statement went on to state that “at Baltimore City Public Schools, we are committed to creating positive and equitable learning environments in school communities where all members are welcome, supported, and valued. No form of discriminatory behavior of any kind is or will be tolerated.”