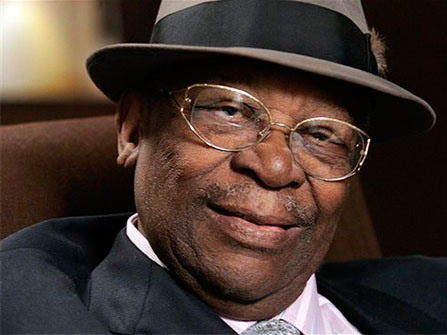 Ask B.B. King’s lawyer what he thinks about claims made by the late singer’s daughters about King being poisoned and the word “ridiculous” comes to mind.

Overall, it all comes down to money, according to Brent Bryson.

“My guess is the children and grandchildren don’t like the fact he’s leaving them $3,000 and $5,000 each and then leaving the rest to his lineage for education,” the lawyer told the New York Daily News. “B.B. did not have a very high formal education, and he wanted to have his lineage go to college, so he set up a trust that would pay for college and other expenses.”

Although he didn’t reveal a valuation for King’s estate, Bryson mentioned that, “There are millions, but not the 20 or 30 million that’s been reported.”

Bryson’s comments come after King’s daughters Karen Williams and Patty King signed affidavits Sunday (May 24) accusing their late father’s two aides of poisoning the blues icon. As a result, the daughters are calling for an investigation into their father’s death. On Sunday, the Clark County coroner performed an autopsy on King.

A lawyer for King has spoken out against the murder claims, saying they are false.

On Tuesday (May 27), the King daughters’ lawyer who signed the affidavit fired back against talk of the investigation being an attempt to get money.

“This has nothing to do with money. Whatever results come out will not affect their distribution under the will,” lawyer Larissa Drohobyczer told the Daily News.

Although King is survived by 11 children, the 89-year-old entertainer gave power of attorney to his manager Laverne Toney, whom he also named as the executor of his estate.

Other than regular compensation as executor, Bryson said Toney “gets nothing under the will.”

“I can tell you, there was no motive here for Ms. Toney to do anything,” he said.

As for the King daughters’ claims, Bryson went on to tell the Daily News that, “There’s no basis in reality for these ridiculous allegations,” while pointing out that the daughters “have a long history of trying to manipulate to receive money. ”Prior to King’s death in his Las Vegas home on May 14, Bryson stated that three independent, board-certified doctors examined the vocalist.

“They all stated he was receiving the utmost professional care at home, which is where Mr. King wanted to be,” Bryson said. “He didn’t want invasive treatment.”

With Toney, Bryson revealed that King did have faith in her as executor.

“Apparently he didn’t trust a lot of his family members, that’s why he explicitly named (Toney) his power of attorney and his trustee when he died, and she ran his business while he was performing,” he said.