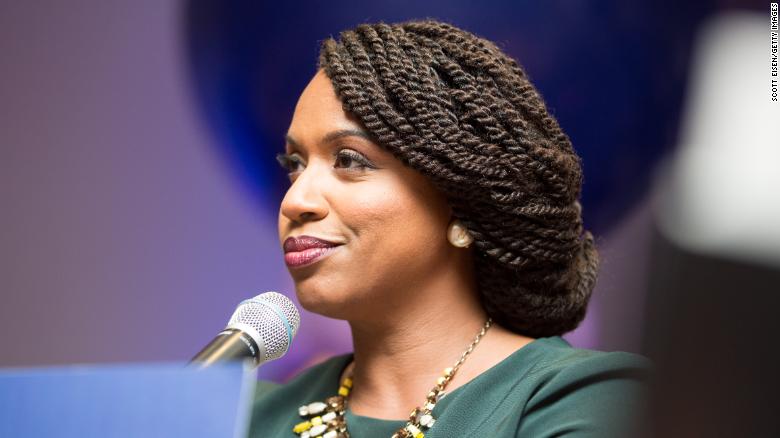 On Tuesday night, Boston city councilor Ayanna Pressley crushed 10-term Rep. Michael Capuano in the Democratic primary for a seat that has been held by the likes of John F. Kennedy and Tip O’Neill in the past.

Pressley ran as an unapologetic liberal, calling for the impeachment of President Donald Trump and the abolishing of US Immigration and Customs Enforcement. She was endorsed by the likes of Alexandria Ocasio-Cortez — the only other challenger to beat a Democratic House incumbent so far in 2018 — and Massachusetts Attorney General Maura Healey, a rising national star among liberals.

In short, Pressley’s win had all the hallmarks of Ocasio-Cortez’s victory over the summer — a liberal insurgent candidate catches a more moderate, establishment member of Congress off-guard. Except that’s not what happened here. At all.

So if Capuano didn’t lose because he wasn’t liberal enough, why did he lose? Two reasons.

This primary didn’t turn on the incumbent member of Congress voting in ways that were inconsistent with the wants and needs of his district. It was about what kind of liberalism voters in the Boston-area district wanted. Capuano’s was a quiet liberalism; he always voted the right way for a district where Hillary Clinton won 83% of the vote in 2016, but he wasn’t an activist. He wasn’t demanding change. He wasn’t storming the barricades. That was the sort of liberalism that Pressley promised. “This district and these times demand more than just an ally, they demand an advocate and a champion,” she said in announcing her candidacy. “Making progress on longstanding challenges requires a different lens and a new approach.”

In the wake of Clinton’s loss to Trump in 2016, many liberals concluded that while the former secretary of state was with them on issues, she was too tonally moderate — unwilling to talk about things like single-payer health care, for instance, for fear of alienating voters in the ideological middle. Pressley, Ocasio-Cortez and newly minted Florida governor nominee Andrew Gillum are all liberals on the more activist end of the spectrum — a reflection of what the Democratic Party base wants right now.

One example that illustrates the tonal difference between Capuano and Pressley: Trump impeachment. Capuano spent much of 2017 urging caution for Democrats who wanted articles of impeachment brought against Trump. “We have to respect the process,” the Boston Globe quoted Capuano writing in a May 2017 newsletter. “It shouldn’t be a witch hunt or a political statement.” While Capuano eventually came around and voted for a measure that would have begun the impeachment process against Trump, he was dogged by the idea he was only doing so out of reaction to Pressley’s challenge. Of Trump’s impeachment, Pressley said: “I’d cast that vote, but a vote is not enough. As leaders we have to ask ourselves as we navigate this new and dangerous terrain together — how do we resist and progress at the same time?”

Boston — and the Democratic Party — is in the midst of a massive transformation from a working class, largely white majority into a far more racially and ethnically diverse one. As the Almanac of American Politics notes, Boston was a 95% white city in 1950; it is now 25% black and 19% Hispanic. The Almanac also notes that Boston is now populated by “young singles in rowhouse apartments, professionals in waterfront apartment towers and African-Americans in old triple-deckers.”

While Pressley bristled at the idea that she was running primarily as a black candidate, the fact that she was a young, African-American woman (Pressley is 44) and Capuano was an older white man (he is 66) was obvious. And rhetorically, Pressley pushed the idea that she was the new face of a new Boston — not exactly a racial appeal, but one clearly aimed at suggesting that Capuano represented a Democratic Party that no longer exists. “This is a fight for the soul of our party and the future of our democracy,” Pressley said in the campaign. “This is a disruptive candidacy, a grassroots coalition. It is broad and diverse and deep. People of every walk of life.”

Yes, the Texas Senate race is for real

Pressley’s win — as well as the victory of Ocasio-Cortez, a female Puerto Rican-American candidate — speak to that more diverse coalition within the party. As Cook Political Report House editor David Wasserman noted in a tweet on Tuesday night:

“The share of House Rs who are white men is 86% and rising.

“The share of House Dems who are white men is 41% and falling.”

Make no mistake: The energy of the Democratic Party is on the left. But it’s not that simple. Democrats don’t just want to nominate liberals. They want to nominate liberals who a) are ready to fight President Trump on literally everything and b) who look more like the new base of the Democratic Party. Those are the lessons of Ayanna Pressley’s win that ambitious 2020 Democrats need to learn.