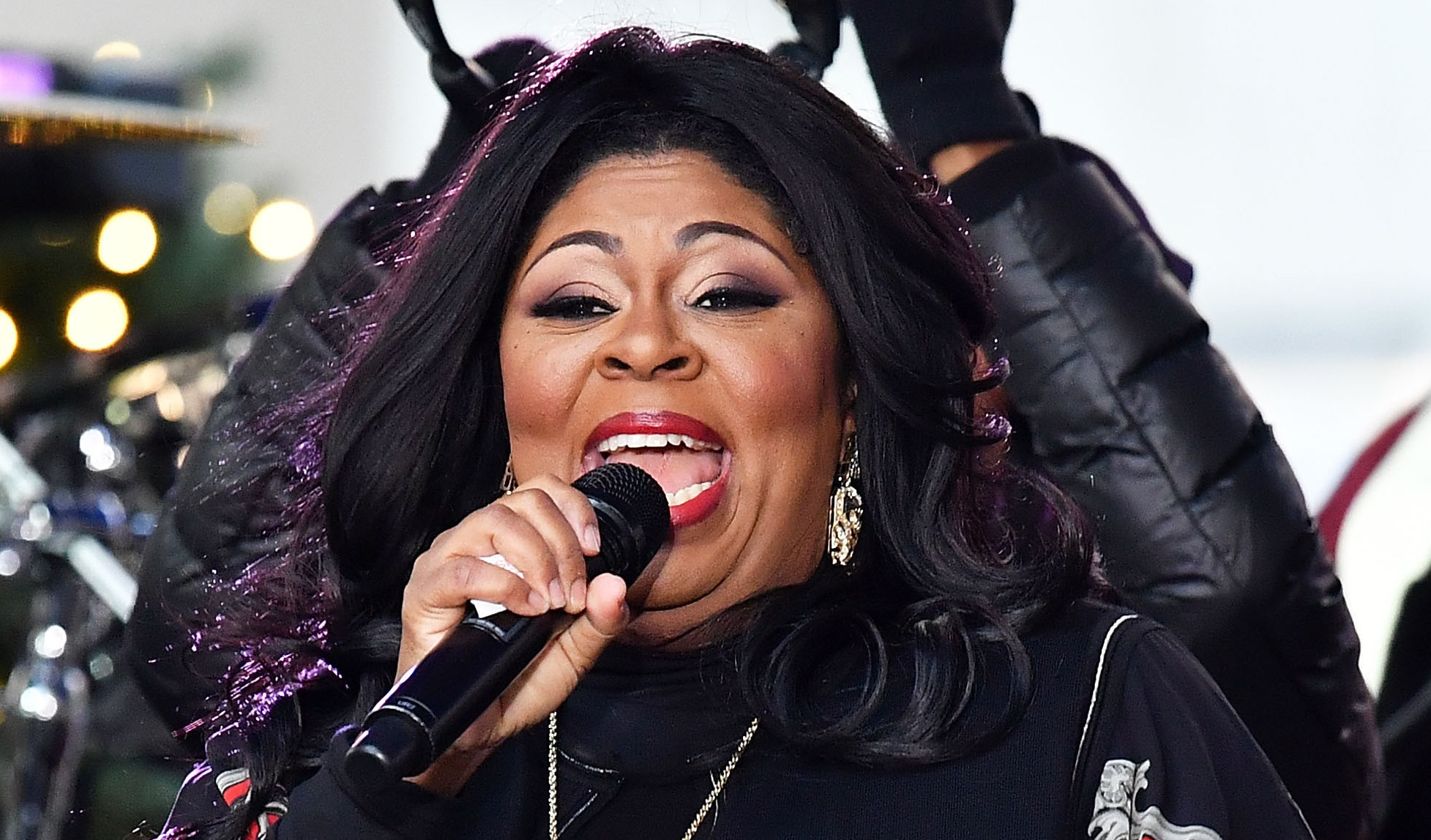 Ellen DeGeneres confirmed via social media that gospel singer Kim Burrell won’t be performing as scheduled on her show after her comments about gays and lesbians.

Gospel singer Kim Burrell has the internet up in arms after a sermon of hers condemning homosexuality as “perversion” went viral.

In the clip, Burrell begs anyone wrestling with the ‘homosexual spirit’ to pray to God for deliverance. She then refers to homosexuality as a spirit of ‘delusion’ and ‘confusion’ before calling out specific homosexual acts as ‘perverted.’

“I came to tell you about sin,” she preaches. “That sin nature… That perverted homosexual spirit, and the spirit of delusion and confusion, it has deceived many men and women… You as a man, you open your mouth and take a man’s penis in your face, you are perverted. You are a woman and will shake your face in another woman’s breast, you are perverted.”

In an effort to address the controversy surrounding her sermon, the gospel singer hopped on Facebook Live to say, basically, it’s nothing personal. Her duty as a “Christian” is to save souls. * spoiler alert *: This was not an apology.
The real tea is that Burrell was scheduled to perform with Pharrell on The Ellen Show on January 5th to promote the film Hidden Figures. Does she know that Ellen suffers from the same “affliction” that she’s so against?

EURweb.com reports that some celebrities have responded to spread a more inclusive message and to encourage tolerance.

Pharrell Williams, Octavia Spencer, Yolanda Adams, Chaka Khan, Questlove and other celebs are speaking out AGAINST Burrell’s hateful sermon. In a message shared via Instagram, Adams spoke out in defense of Bishop Eddie Long.

“As a Person who has Gay Relatives and Friends, I had to put these Words in the Atmosphere to combat the unwarranted and unproven attack on My Friend #BishopLong. nHateful Words are never profitable to the Cause of Christ in the World. Jesus said “They will know you by your Love.” LOVE YALL”

“I condemn hate speech of any kind. There is no room in this world for any kind of prejudice. My greatest hope is for inclusion and love for all humanity for 2017 and beyond.”

Chaka Khan’s tweet was about encouraging love instead of judgment: 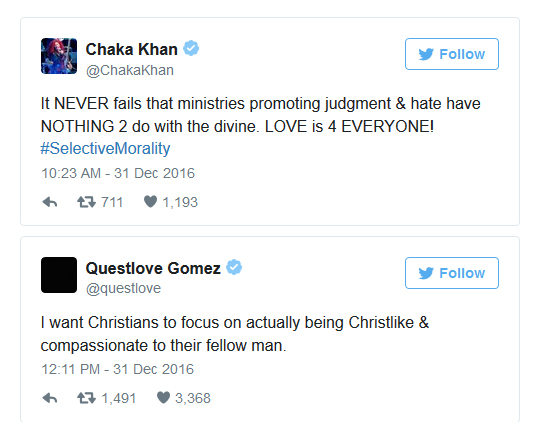