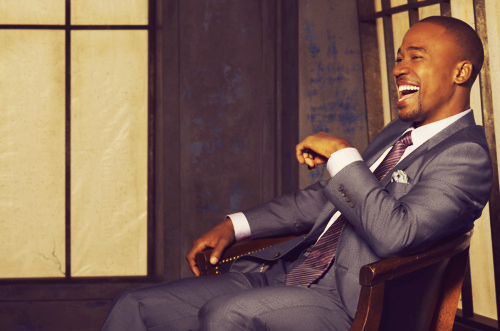 An arrest warrant has been issued for “Scandal” star Columbus Short for felony aggravated battery stemming from his bar fight earlier this month, reports TMZ.

The actor allegedly sucker-punched a man after he made a crack about Short’s wife. The victim suffered a broken nose in the attack and was rendered unconscious for several minutes.

Now a judge has issued a warrant for Short’s arrest on one count of felony aggravated battery.

The charge carries a maximum sentence of four years in state prison.

1. Short was arrested for physically attacking his wife in front of his children. The incident occurred back in February at his Woodland Hills home at around 2 AM. According to legal docs, Short and his wife started arguing and it got physical. Short’s kids — a two-year-old and 10-year-old — were watching. He’s been charged with spousal battery. Prosecutors also charged him with child abuse because of the emotional trauma the kids suffered by watching. Short pled not guilty on Tuesday.

2. Short was arrested two weeks later in Chatsworth, CA. According to the police report, Short and his wife got into a heated argument and he allegedly pushed her.

3. And less than a month later — on March 15 — Short was involved in a bar fight. Short allegedly cold-cocked a man at an engagement party, breaking his nose and rendering him unconscious. As we just reported … there is now a warrant out for his arrest in connection with this incident.

4. Short was prosecuted for a brutal attack on an L.A. basketball court in 2010. He sucker punched a player, bashing his teeth in and cutting him badly. Short pled no contest to disturbing the peace. He had been charged with aggravated battery but that was dismissed.