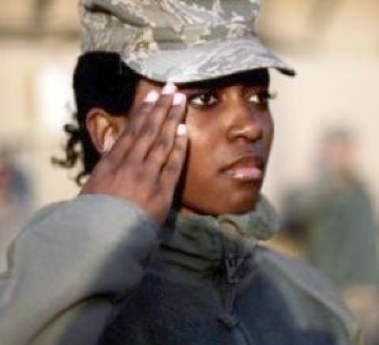 Want to go natural? Then don’t plan on joining the U.S. Army. Outrage has followed a new Army mandate that prohibits hairstyles commonly identified with African-American hairstyles, including Afros, locs and twists.

Identified as “Army Regulation 670-1,” the rule calls for a ban of hairstyles done in “twists, dreadlocks, afros and braids more than a quarter-inch thick,” according to the news site Al-Jazeera America.

The new regulation has not been made official or published (most likely because they are talking to legal analysts) but under anonymity, but a female vet using the name “Tonya” spoke with the news site. “It’s very targeted because we all know who they’re talking about even though they never explicitly say the word ‘black’ or ‘African-American.’ We all know who typically wears these types of hairstyles and then they went as far as to include pictures of black women in the PowerPoint,” she states.

The reaction to this news has generated a petition directed to the White House, which has garnered more than 6,000 signatures. Army Sgt. Jasmine Jacobs of the Georgia National Guard told The Army Times that she’s worn her hair natural for years while serving her country. “I’ve been in the military six years, I’ve had my hair natural four years, and it’s never been out of regulation. It’s never interfered with my head gear,” Jacobs said.

These new changes are racially biased and the lack of regard for ethnic hair is apparent.

This policy needs to be reviewed prior to publishing to allow for neat and maintained natural hairstyles.”

The new rules were detailed in a PowerPoint presentation that was leaked on March 20. Among the grooming regulations are updated restrictions on how female soldiers can wear their hair. 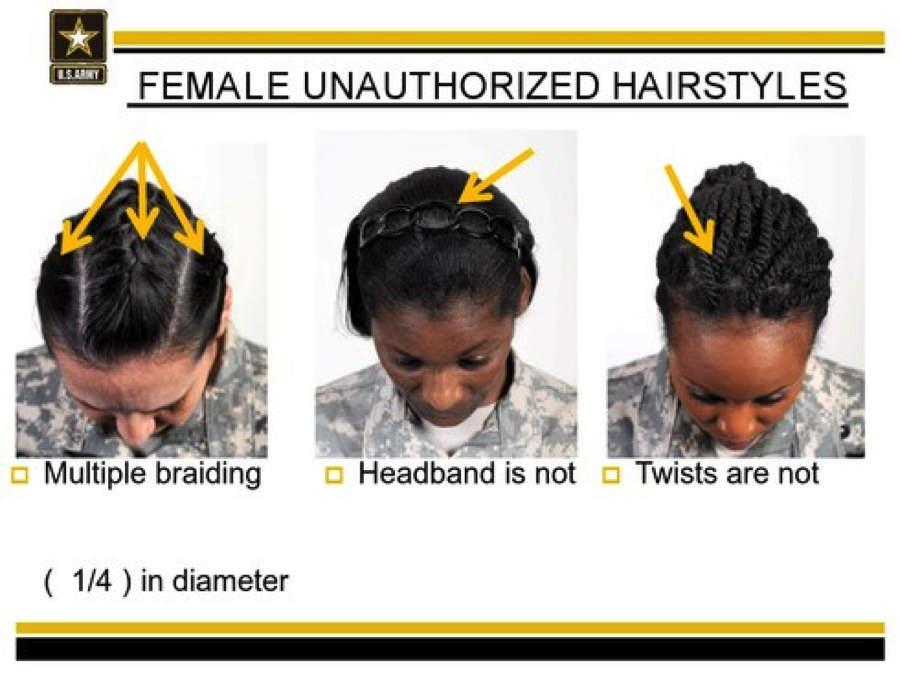