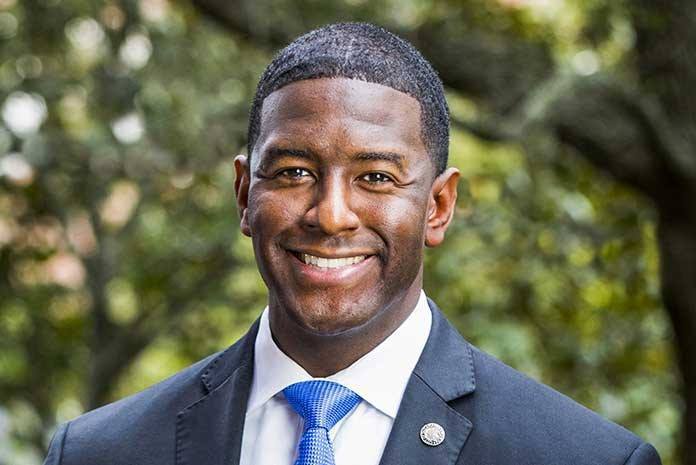 Andrew Gillum made history as the first Black American to win a major party nomination for governor in Florida. It was a huge upset and now the mayor of Tallahassee, Florida is tightening the race against his Republican opponent Ron DeSantis. However, Gillum is temporarily suspending his campaign activity—but don’t fret, it’s for all the right reasons.

CNN.com reports that due to Tropical Storm Michael in Florida, “Democratic gubernatorial nominee Andrew Gillum announced Sunday he will be leaving the campaign trail briefly to address storm preparations. The forecast projects Tallahassee, where Gillum is mayor, will be directly hit.” Florida Gov. Rick Scott declared a state of emergency on October 7.

The election is on November 6 and things are looking promising for Gillum to make history. A Sept. 28-30 Public Policy Polling (PPP) showed Gillum up by 4 points over DeSantis. Quinnipiac University poll had Gillum out-polling DeSantis by 9 points. However, we all know how polls can be wrong, let’s not forget the polls that convinced people Hillary Clinton would win.

The state deadline to register to vote in Florida is tomorrow. If you, your friends, or family members aren’t registered, do it now, especially if you are outraged by the Stand Your Ground laws. In the Democratic primary, Gillum was the first candidate to come out against Stand Your Ground, calling for Florida Gov. Rick Scott to suspend the law, which he never did.

There is a lot riding on this election, so as Gillum says, “Bring it home!”