Andrea Kelly: ‘Parents Get It Wrong When They Don’t Support Their Children’
POSTED BY WLAS July 6th, 2014 0 COMMENTS 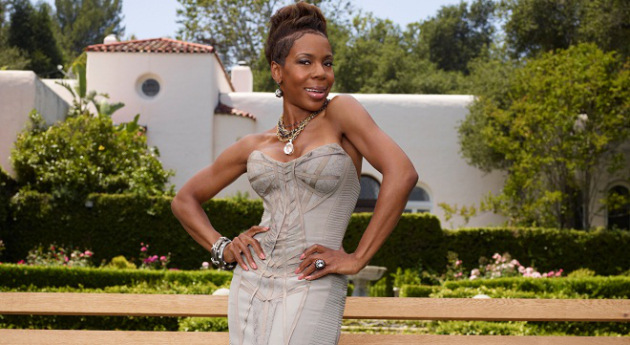 In the wake of ex-husband R. Kelly’s response to the news that his 14-year-old daughter Jaya has come out as transgender and wants to be referred to going forward as Jay, Andrea Kelly has only one thing to say.

She is in full support of her child. Kelly, one of the stars of the VH1 reality show Hollywood Exes, is currently divorcing her second husband Brian McKee, although the past season of the show focused on their marriage.

Kelly says that people, presumably even her ex, need to be open to the independent choices that their children make.

“For parents, we need to realize, [our kids] have their own journey,” Kelly told VH1. “Parents get it wrong when they don’t support their children. They have to go out and fight every day and face this world. The first battle should not be at home. I think that a lot of children in the LGBT community don’t succeed because the one thing they need the most is foundation.

I just tell Jay all the time, baby you won the war. You’re gonna have a lot of battles but you won the war. Mama accepts and loves you for who you are. Your family does. My dad is a retired military naval officer and all he said was, ‘I’m gonna mess up sometimes and [use the feminine pronoun] ‘she’ but I’m gonna eventually get the ‘he’ thing. Just give grandpa some time. I’m gonna get it dude.’ That was it.”

When her ex was asked about Jay, he responded by saying “First, don’t refer to my daughter as my son,” and went on to say not to believe everything you hear and also that anything that might be going on with his children has a “backstory.”

Kelly says that the Black community in particular, needs to be able to respect their LGBT children no matter when and how they choose to present themselves.

“[For my family] this isn’t this shocking thing. I need [people], especially in the black community, to stop burying their heads in the sand. Let’s quit playing that game that you just chose to be gay or trans. What we choose every day is what we wear. We need to stop worrying about people’s gender and sexuality and think about the choices we’re making with our youth, period. That’s what we need to focus on in my community.”