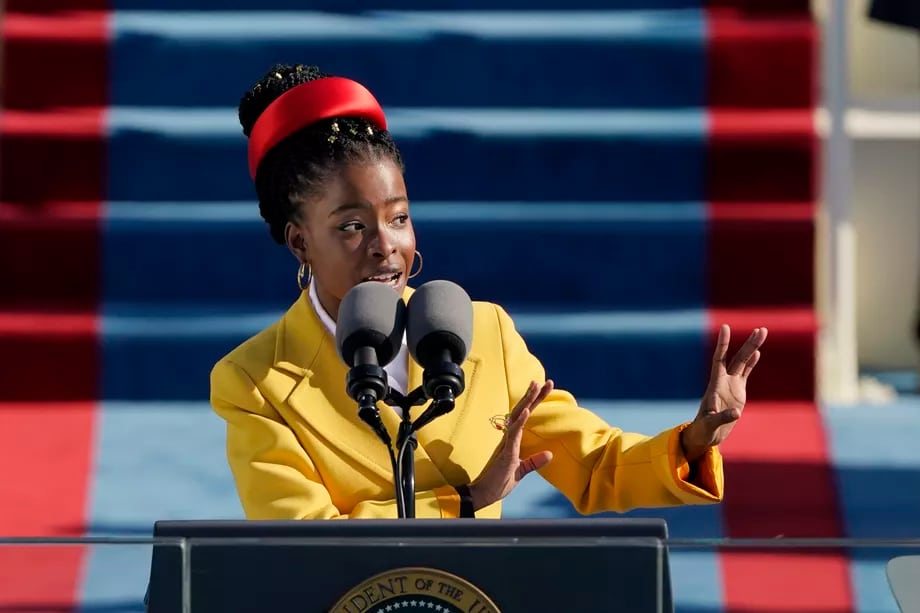 Amanda Gorman is detailing her recent experience with racial profiling after capturing America’s heart and making history as the youngest inaugural poet in U.S. history.

The poet took to Twitter Friday, just days ahead of her 23rd birthday on March 7, to share an encounter with a “security guard (who) tailed me on my walk home tonight.”

“He demanded if I lived there because ‘you look suspicious,’” tweeted Gorman, the Harvard graduate and National Youth Poet Laureate. “I showed my keys & buzzed myself into my building. He left, no apology.”

Gorman said this latest incident of racism and discrimination highlights ever-present danger. “This is the reality of black girls: One day you’re called an icon, the next day, a threat.”

“In a sense, he was right,” Gorman added in another tweet. “I AM A THREAT: a threat to injustice, to inequality, to ignorance. Anyone who speaks the truth and walks with hope is an obvious and fatal danger to the powers that be.”

Gorman experienced racial profiling just weeks after calling out “a contradictory society that can celebrate a black girl poet & also pepper spray a 9 yr old,” referring to a Black girl who was pepper sprayed and handcuffed by police in Rochester, New York in February.

“Yes see me, but also see all other black girls who’ve been made invisible,” Gorman tweeted on Feb. 14. “I can not, will not, rise alone.”

Many people were first introduced to Gorman at the inauguration on Jan. 20, where she read an original poem titled “The Hill We Climb,” calling for unity and healing as the U.S. ushered in its 46th president, Joe Biden.

In the roughly five-minute reading of her poem, Gorman called for healing and unity, alluding to the pro-Trump rally that turned into a violent storming of the U.S. Capitol in January. She also celebrated the beauty of the country’s diversity and called on Americans to rise to the occasion and leave their country better than they found it.

Her reading went viral and the young poet has been busy ever since, landing a Time magazine cover and conversation with former first lady Michelle Obama, a Super Bowl appearance, modeling deal with IMG Models, an animated short film and several Amazon bestselling books.

During her interview with the former first lady, Gorman explained her inauguration poem’s timely call for unity. Gorman appeared on the cover of the Feb. 5 edition of Time magazine guest edited by “How to Be an Antiracist” author Ibram X. Kendi.

“To me, unity without a sense of justice, equality and fairness is just toxic mob mentality,” she said. “Unity that actually moves us toward the future means that we accept our differences — we embrace them and we lean into that diversity. It’s not linking arms without questioning what we’re linking arms for. It’s unity with purpose.”

Gorman has three works scheduled to be published this year: the printed copy of her Inauguration Day poem, out March 30; plus a children’s book titled “Change Sings: A Children’s Anthem,” and poetry collection, “The Hill We Climb and Other Poems,” both due Sept. 21.