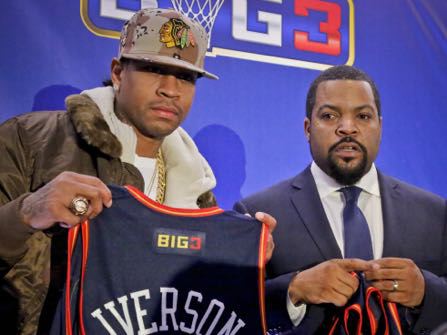 NEW YORK (AP) — Ice Cube and Allen Iverson are putting their star power behind a new 3-on-3 professional basketball league.

The entertainment mogul and NBA Hall of Famer announced the launch of Big3 on Wednesday morning at a news conference.

Teams comprised of former NBA stars will play its eight-game season in the summer starting June 24 with each week’s contests taking place in a different city with all eight teams playing each Saturday. It will finish with a two-week playoffs.

Chauncey Billups, Rashard Lewis and Kenyon Martin are some of the former NBA players who are committed to play in the league include. Gary Payton and George Gervin will serve as two of the coaches.

The games will be half-court and played to 60 points. Other highlights include a 4-point shot and a halftime show in between games two and three.