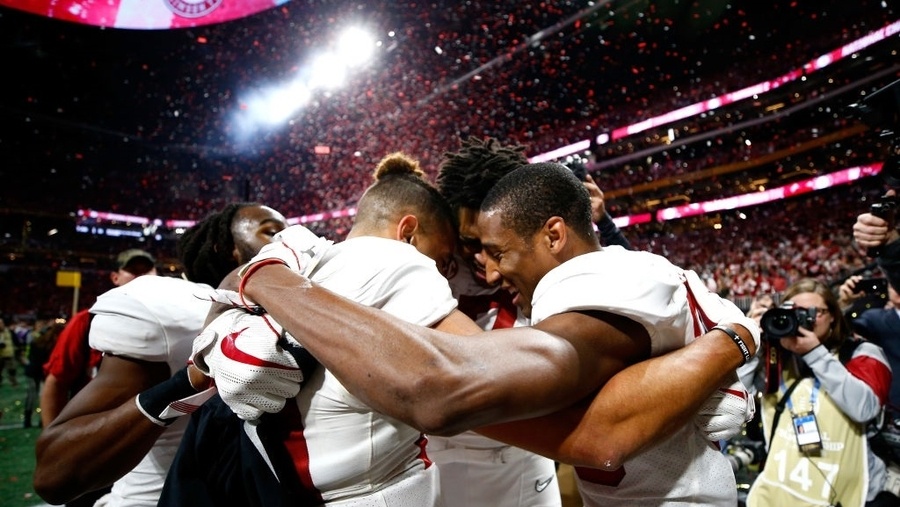 The Alabama Crimson Tide have come out on top, besting the Georgia Bulldogs in overtime to take home their second College Football National Championship trophy and their fifth national title in nine years.

The Crimson Tide won in a thrilling overtime game, 26-23.

Alabama stormed back from a 13-0 halftime deficit and was in position to win it with 3 seconds to go in regulation, but Andy Pappanastos missed a field goal try from 36 yards, sending the game into overtime with both teams tied 20-20.

Georgia quickly answered in overtime, kicking a field goal to go up three points, but the Tide kept rolling.

Alabama’s freshman quarterback Tua Tagovailoa threw a 42-yard touchdown pass to DeVonta Smith after getting sacked on Alabama’s opening play of the extra session. Georgia had the ball first in overtime, and Rodrigo Blankenship kicked a 51-yard field goal.