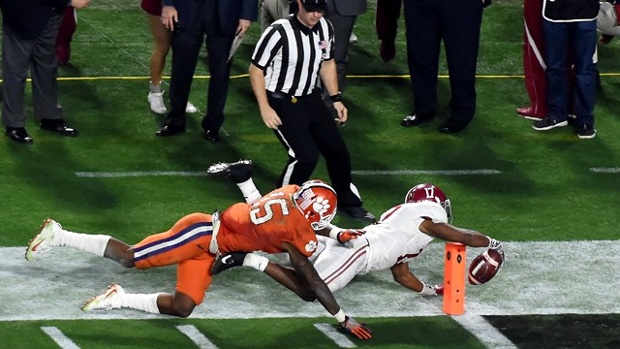 (CNN) —No. 2 Alabama won its fourth college football national title in seven seasons, defeating No. 1 Clemson 45-40 in the championship game of the College Football Playoff on Monday at Glendale, Arizona.

It is the 14th NCAA national title for the Crimson Tide, which finished the season 14-1. The title is the fifth for Alabama head coach Nick Saban, who also won one at Louisiana State.

For much of the night the game was a highlight reel battle between Deshaun Watson of Clemson and Alabama’s Derrick Henry, two of the three Heisman Trophy finalists this season.

But in the second half, Alabama tight end O.J. Howard pulled off three big plays that thrust Alabama to the victory. Howard scored on a 53-yard pass in the third quarter and a 51-yarder in the fourth quarter. And with Alabama leading by five at 38-33, Howard took a swing pass for 63 yards to the Clemson 14.

Monday’s game, at the University of Phoenix Stadium in Glendale, Arizona, pitted the winners of the semifinal games in the second College Football Playoff.