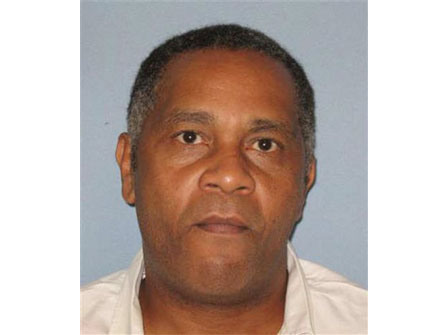 MONTGOMERY, Ala. (AP) — An Alabama inmate who spent nearly 30 years on death row went free Friday after prosecutors told a judge there is not enough evidence to link him to the 1985 murders he was convicted of committing.

Jefferson County Circuit Judge Laura Petro on Thursday dismissed the case against Anthony Ray Hinton at the request of the district attorney’s office. Prosecutors said forensic experts couldn’t determine whether six crime scene bullets — which were the crux of the evidence against Hinton — came from a gun investigators took from his home.

Hinton, now 58, was convicted of two 1985 murders that occurred during separate robberies of fast-food restaurants in Birmingham. Prosecutors linked Hinton to the killings through a .38-caliber revolver found at his house.

The U.S. Supreme Court last year sent Hinton’s case back for a new trial, which prompted a re-examination of the evidence.

“We’ve been hoping for this. We’ve believed that this should have happened,” said Bryan Stevenson, Hinton’s attorney and director of the Alabama-based Equal Justice Initiative.

Stevenson has been arguing for 16 years that Hinton is innocent.

Hinton wept Wednesday night after learning the news that he would finally go free, Stevenson said.

Hinton is expected to be released from the Jefferson County Jail on Friday morning after spending more than half his life in prison.

“Every day, every month, every year that the state took from him, they took something that they don’t have the power to give back. While this moment is quite joyous and is quite wonderful, this case is quite tragic,” Stevenson said.

Six bullets were what prosecutors used in the 1980s to connect Hinton to the slayings. A modern analysis on the bullets is what led prosecutors to drop the case against him.

The Supreme Court last year ruled that Hinton had “constitutionally deficient” representation at his initial trial. Hinton’s defense lawyer wrongly thought he had only $1,000 to hire a ballistics expert to try to rebut the prosecution testimony about the bullets. The lawyer hired the only person willing to take the job at that price, even though he had concerns about the expert’s credentials. At the time, jurors chuckled as the defense expert struggled to answer questions on cross-examination.

“He was a poor person who was convicted because he didn’t have the money to prove his innocence at trial. He was unable to get the legal help he needed for years. He was convicted based on bad science,” Stevenson said.

John Davidson and Thomas Wayne Vason were killed during robberies at Mrs. Winner’s and Captain D’s restaurants in Birmingham in 1985. Investigators focused on Hinton after a person who was shot, but survived, at a third robbery at a Quincy’s restaurant identified Hinton as the person who shot him. However, Stevenson said Hinton had an alibi showing that he was at work when the Quincy’s robbery was committed.

At his initial trial, state experts testified that the four bullets fired during the slayings, and another two from the Quincy’s robbery, had all been fired from a revolver found at Hinton’s home.

However, in 2015, three different experts from the Alabama Department of Forensic Sciences couldn’t determine if any of those bullets were fired through the revolver taken from Hinton’s home, or even if they had been fired from the same gun.