A Rape, A Non-Investigation, And A 18-Year Wait For Justice
POSTED BY WLAS November 10th, 2015 0 COMMENTS 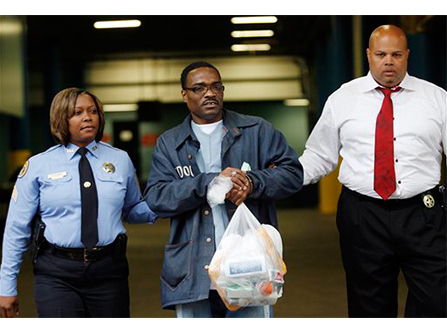 NEW ORLEANS (AP) — Marie picked up the phone and dialed the number the detective gave her 10 days before, on the night she was raped at knifepoint outside a friend’s house in New Orleans. It was the first of many calls Marie would make in an 18-year ordeal of shoddy police work and numbingly slow prosecution to track down and convict her attacker.

“Just checking to see if there are any leads, if you’ve caught anyone,” Marie recalls telling the detective.

“Nothing’s turned up yet,” he responded. “Why don’t you go on with your life?”

“What about testing the DNA? The rape kit?” she asked.

“We can’t. There’s no money for that,” the detective said.

The same rapist went on to attack at least six more women, including a 16-year-old raped three months after Marie.

For Marie, the trauma continued long after the assault and was compounded, she said, by the incompetence and callousness of the New Orleans Police Department.

“I felt like I was a problem,” the 60-year-old stockbroker said in an interview at her suburban New Orleans home. “They wanted me to just go away.”

The Associated Press generally does not identify victims of sexual assault. Marie agreed to be identified only by her middle name.

Largely through her own persistence — dozens of phone calls pushing police and prosecutors over nearly 16 years — did police finally nab the suspect: a serial rapist on the brink of walking free from prison.

Court and police documents reviewed by AP corroborate much of Marie’s story; and her account serves as a window onto the police force’s troubled sex crimes squad.

On Sept. 19, 1994, Marie had just returned to her hometown of New Orleans for a job interview, having recently earned a master’s degree in finance. She drove to a friend’s house in a leafy, quiet Uptown neighborhood, parked and headed indoors.

A man walked by, then grabbed her from behind and put a knife to her throat. He pushed her off the sidewalk and into some bushes and told her: “I’ll kill you if you scream or look at me.” He raped her and fled.

Two patrolmen in a cruiser responded to the 911 call. The rape squad was called in. A detective took Marie, accompanied by her friend, to a hospital, where staff examined her and took DNA evidence.

And that was where the effort to find Marie’s attacker essentially stopped.

A 2010 U.S. Department of Justice investigation exposed a pattern of misconduct in the NOPD’s sex crimes unit, including downgrading rape complaints, failing to investigate rapes and blaming the crime on the victim. The probe also found about 800 rape kits sat untested, part of a nationwide backlog estimated in the hundreds of thousands.

In 2013, the scandal-plagued police department entered into a consent decree with federal authorities to clean up the squad. It sent untested kits off to labs and reopened cases. Detectives were given new training and the department said it was fixing its problems.

Nevertheless, a city inspector general’s report a year ago showed five detectives had failed to properly investigate hundreds of rape and child abuse cases between 2010 and 2013.

Howard Schwartz, a former FBI agent and the lead investigator, entered the unit unannounced earlier that year and found a department in disarray, with piles of files improperly processed and logged.

“The records were all over the place,” he said.

In the years after her rape, Marie kept calling but always got the same response: Nothing new.

Finally, about a decade after her attack, she got a sympathetic cold case detective to send in her rape kit for testing.

It came back with a hit.

The man who raped her was locked up in Tennessee. His name was Jimmie Spratt.

Marie’s painful saga wasn’t over. Hurricane Katrina interrupted the investigation. Then the prosecutor who had interviewed Marie left the district attorney’s office. It took three years for another prosecutor to show interest in her case.

Finally, with Spratt’s release from prison in Tennessee approaching in 2010, Marie was invited to the district attorney’s office for the first time.

Spratt was brought to New Orleans. He was convicted March 9, 2012, of three counts of aggravated rape and sentenced to life in prison without parole at Angola State Penitentiary, where he remains.

Marie has become an advocate for rape victims. She speaks on their behalf at meetings reviewing the Justice Department consent decree. She wants to make sure rapists don’t get away with their crimes.

“What I’d really like to see now,” she said, “is some form of accountability that the reforms are actually resulting in more arrests and convictions.”