Moving on? Jamie Foxx sparked speculation that he is dating model Dana Caprio following his split from Katie Holmes.

The rumors stem largely from social media interactions between the two. Foxx, 51, and Caprio, 26, posed alongside Snoop Dogg in Halloween costumes in a photo shared via her Instagram Story on Tuesday, October 29. She wore a black crop top, black pants and a fedora, while the Oscar winner sported a wig, glasses, an orange suit and a purple, printed shirt.

The Just Mercy actor has liked several of Caprio’s Instagram posts, and she has shared more pics of him on her Instagram Story.

Caprio is a New Jersey native. According to a source, she dropped out of Montclair State University to move to Los Angeles and pursue modeling. She now works part-time at Lisa Vanderpump’s SUR.

Us Weekly confirmed in August that Holmes, 40, broke up with Foxx after six years together. “It has been many years of him stepping out with other women,” an insider revealed at the time. “He’s disrespectful and their lives were different. His partying ways don’t fit with hers as she’s focused on raising her daughter and working.”

The Dawson’s Creek alum shares 13-year-old daughter Suri with ex-husband Tom Cruise, whom she divorced in 2012 after five years of marriage.

Foxx was spotted with two women before news of the split broke — one of which was Sela Vave. The Grammy winner denied in August that he was dating the 19-year-old. “I’m escorting her to my car, to put her in the car — my artist, who hangs out with my kids, who’s as young as my daughter [Corinne, 25],” he said in an Instagram Live video addressing photos of the two holding hands. “I’m not no old n–ga out here with no young folks. You understand what I’m saying?”

The Django Unchained star’s longtime friend Garcelle Beauvais spoke exclusively to Us in September about his relationship status. “He’s the sweetest,” she gushed at the time. “And he’s also single!”

Foxx and Holmes kept their relationship under the radar for years before taking things public. The pair arrived at the 2019 Met Gala together in May and even posed for photos on the red carpet.

Katie Holmes and Jamie Foxx: The Way They Were: 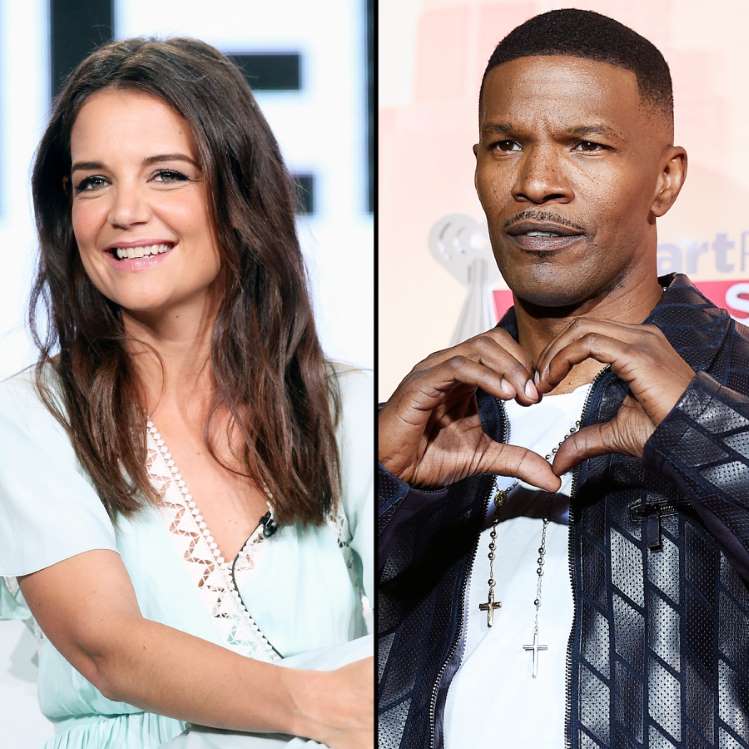