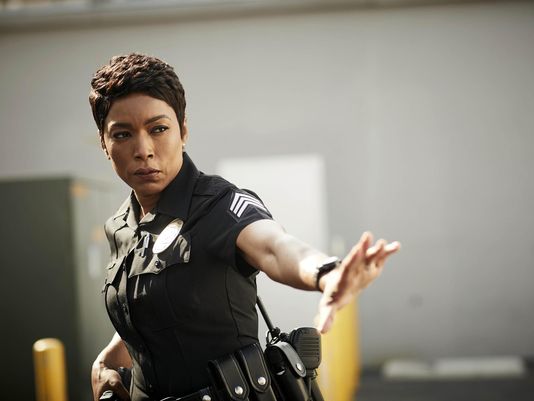 BEVERLY HILLS, Calif. (AP) — Angela Bassett once resorted to dialing 911 for help when she had trouble with a fireplace at home. Aisha Hinds needed help for a life-threatening emergency as a teenager.

The actresses co-star on Fox’s “9-1-1” series about the pressurized world of police, firefighters and dispatchers who are thrust into a variety of high-stress situations.

Bassett told a TV critics meeting on Thursday that she once called for help when a fire she and a friend started got out of hand. It wouldn’t extinguish after being doused with water and she had trouble using a spatula to toss the burning log outside.

“I’m a Florida girl, so fireplaces aren’t usually a thing,” she said.

Much to Bassett’s relief, firefighters in full gear arrived and took care of it.

“They were very handsome,” she said, smiling.

Hinds got mistakenly shot in the back as a 16-year-old walking home from school in New York by a suspect chasing another man.

“It didn’t even register that I had been shot,” she said. “It felt kind of like a stiletto, like a really sharp stiletto just piercing, and really, really hot.”

The bullet grazed her aorta and she ended up losing a kidney.

Both men ended up dying within a couple years of the incident.

“So here I am, the lone survivor of that entire experience,” Hinds said. “Truly, truly I have to give credit to the very fast response of 911 in my neighborhood.”