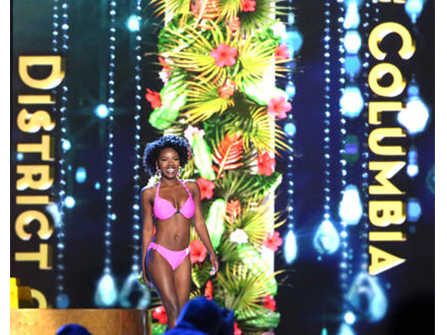 It was the first of three nights of preliminary competition at Atlantic City’s Boardwalk Hall. The new Miss America will be crowned during Sunday night’s nationally televised finale.

Here are some highlights from the first night of competition: 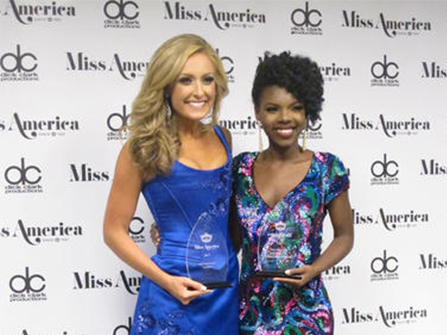 Burgess chose the well-known crowd pleaser “Desperado” by The Eagles as her talent performance, delivering it with a slight country tilt, earning one of the loudest ovations of the evening. She said she had been rehearsing the song for several years with her uncle, a gospel musician in the Nashville area, who died of lung cancer while they were working on the arrangement.

“I felt it was up to me to try my best to carry on his legacy,” she said. “I know he’s looking down and smiling on me with a big grin on his face.”

“You let your light shine and let other people see what happens,” she said.

With 52 women vying for the crown, finding a way to stand out from the crowd is imperative, and contestants traditionally incorporate their home state into a humorous introduction of themselves.

“From the state that gave you your first phone exchange — America, can you hear me now?” asked Miss Connecticut Alyssa Rae Taglia.

“From the state with the highest number of lightning strikes in the nation, I’m comin’ in hot!” said Miss Florida, Courtney Sexton.

And Miss Massachusetts Alissa Musto added, “From the state that brought you bands like Boston, The Cars and Aerosmith, I’m here to rock and roll!”

Miss Mississippi Laura Lee Lewis sang “A Piece Of the Sky” from “Yentl,” and Miss Colorado Shannon Patilla sang “Something’s Got A Hold On Me.”

Bullying, suicide prevention, support for the military and helping children and the elderly figured prominently in the onstage interviews some of the contestants gave.

Musto, Miss Massachusetts, has a pageant platform that calls for placing pianos in schools and community centers that don’t have one, in order to help foster a communal love of music.

“One piano can create 1,000 musicians,” she said. “Anyone can play them and anyone can listen.”

“As we’ve all seen with this election year, a talk about immigration has been extremely painful,” she said. The Beijing-born Quan said she hopes to “provide tools to Americans to celebrate their backgrounds. Let’s face it: unless you are Native American, we are all the sons and daughters of immigrants.”