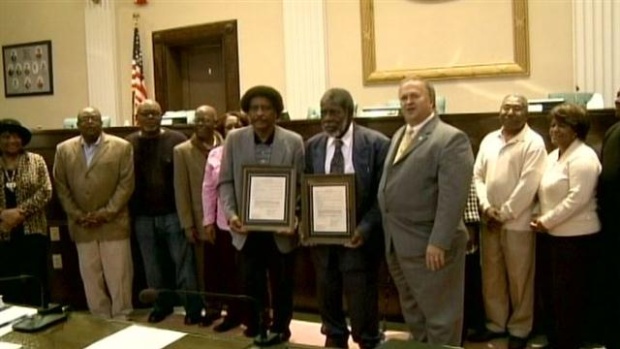 The Soul of the City’s own “Frankie Jammin’ Jay” and others finally receive accolades for their athletic accomplishments that were somehow eclipsed by segregation forty years ago.

Geer-Gantt High School won state football and basketball titles in the 1968-1969 season, but the victories of the athletes from the black high school were largely unacknowledged. At the time, Geer-Gantt was being integrated into Belton-Honea Path High School, and the players’ victory received just two inches of newsprint.

Tuesday night, the public finally paid tribute to their accomplishments with a ceremony at the Anderson County Council meeting. Several former athletes and their coaches were at the meeting to be honored.

“It meant a lot,” Herman Boseman, former Geer-Gantt volunteer head coach, said, “I guess, most of all, it was the team — the dedication that the team had showed in winning this championship.”

Geer-Gantt High School was closed down after that championship year. By fall of 1970, all South Carolina schools were desegregated.